Ynvisible (based in Portugal) is developing flexible transparent electrochromic displays (materials that change color when electricity is applied). The company is already producing some displays in low volume (with manual assembly), and were kind enough to send us a sample gift card showing off their displays.

So first of all, the display is quite impressive. They use a material that changes from being transparent to being blue, and indeed when you press a small button on the card it displays words in blue (love in several languages). When off, it looks exactly like a normal piece of plastic - totally transparent and bendable (flexible).

This is a very simple device, but I think it's a great demonstration.

Ynvisible's displays are actually bi-stable and can remain on for hours (apparently not like E Ink displays which can remain on for ever practically). But here they chose to make the display transparent again after a few seconds. I think that's a bit of shame as it would have been nicer otherwise.

My major criticism of this display is the low contrast. It's actually very low and sometimes it's hard to read in certain lighting conditions. I think that's the major disadvantage of this technology currently. 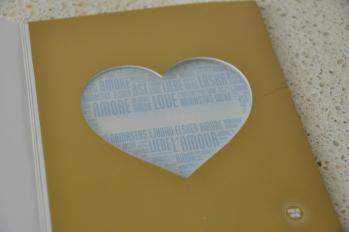 The company actually offers these samples on-line now - they cost €10.49 each. They also offer four other devices - including a very clever bookmark that includes a light sensor (the display changes automatically when you remove it from inside a book) and a plant moisture detector. Unfortunately the only devices that are actually shipping are the three gift cards. 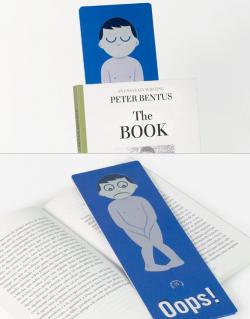 About Ynvisible's technology and applications

The company's core technology is the display itself. They are making those prototypes just to demonstrate the technology - although I feel this is very impressive and so could actually quite well. To produce the displays, they use traditional printing processes: screen or digital printing, coating and lamination. 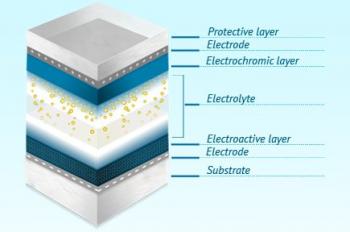 Ynvisible does not want to compete with E Ink in the e-reader market. They see their displays positioned between printed paper and graphic displays (like LCD, OLEDs or E Ink). In the future they hope to use these displays in smart packaging, point-of-sale posters, printed media, signage and smart wearables. Because the displays are pre-printed, it requires very simple control electronics (in some cases none at all).

They indeed acknowledge the low contrast of their displays, and I'm not sure if it can improved much currently. They do want to introduce color displays and say that their colors can be much more vivid compared to E Ink.