» Is Apple thinking about an E Ink keyboard for future...

According to reports, Apple is in talks with Sonder, an Australian startup that is now part of Foxconn's incubator program regarding its E Ink keyboard technology. Sonder confirmed that Apple's procurement board reached out to the company. 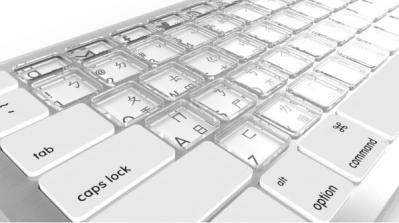 The Sonder Keyboard was announced in June 2015, with a price tag of $299. The keyboard hasn't been released yet, but advanced pre-orders are available for $199. Sonder says the keyboard will ship by the end of 2016. This a full keyboard in which all letter and numeric keys are small E Ink displays that can be customized. The keyboard supports Bluetooth and has front lighting.

This is an interesting development. Apple will reportedly update its MacBook Pro lineup towards the end of this year, and it is rumored that one of the new features in these new laptops will be an OLED touch bar, placed above the keyboard. It seems as if Apple is now thinking about an even more advanced idea of a complete E Ink keyboard.

Or maybe Apple's plan is to use a few E Ink displays in future devices, and not a complete keyboard. It may be that Apple simply wanted to order some samples to test some ideas, it is very early to actually know anything. Last month we reported that Apple requested display samples from E Ink Holdings, as the iPhone maker is considering adding a secondary E Ink panel to future devices.

One thing that we can be quite certain on - Apple is interested in E Ink technologies. This is great news and hopefully someday we will indeed see E Ink in an Apple device - a keyboard or maybe a secondary display or maybe a completely different idea.